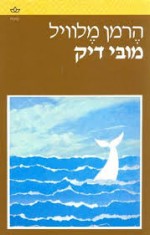 Moby is the most interesting American novel ever, which passed a long road of ignorance, depreciation, failure and many difficulties to sit the throne of the American novels. Moby Dick is translated into more than 40 languages, and it became famous in all over the world. Thus, many people from different places and cultures are exposed to this novel that contains many aspects of human lives, and different readers can see those aspects from different points of view and argue about it. But I think that there is one aspect that is the most important and its significance can be equal in almost every culture because it is related directly to human's psyche no matter what their culture or race is. This aspect is "Desire", which I think that it is the essence of the events in the novel in its different levels.

For me, it is very interesting to study and discuss this subject because I feel that desire has an important role in our daily lives as human beings who have their instincts

There are different kinds of desire which grow with the person as he/she grows and moves from one stage to another. But in my seminar paper I will focus on the "desire of knowledge" which is the greatest desire ever.?????

The desire of knowledge drove Ishmael to know and understand himself, to know the others, and also lead the others to know him. And this is what makes him a hero in my opinion.

My thesis statement reflects my opinion, that Ishmael has the characteristics of a hero and he has the required traits for that role, and I will try to prove that point giving examples and evidences from different sources but basically relying on Ishmael's desire.

My seminar paper includes three chapters, each chapters has two or three subjects to discuss. In the first chapter I will define desire, heroism and the concept of leadership. It is the foundation of the seminar and it has the important aspects which the reader needs to know in order to understand the rest of the chapters. The second chapter deals with the two main characters in the novel: Ahab and Ishmael, and it discusses their qualities and focuses on their knowledge, desire and heroism. The last chapter is the final chapter which summarizes all the chapters and proves my thesis statement. It is a comparison between Ishmael's desire and Ahab's desire and at the end decides who the hero of the novel is.